After a few years on the back foot, Intel has regained its former prominence as a gaming and efficiency powerhouse thanks to a lineup of brand-new CPUs, including the Intel Core i9-12900K CPU, that surpasses the competition but also dramatically improves upon the previous Generation.

Intel’s Core i9-12900K is a recent processor. However, it is not quite cutting-edge. Its functionality is beyond our expectations and a beautiful representation of Alder Lake’s design. After a few years of lagging behind AMD, the industry is again on the right track and in the lead. All the CPUs from Alder Lake are fast and powerful, and they all appear to have an advantage over their main competitors.

The Alder Lake-based Intel Core i9-12900K is a powerful desktop CPU. It is also a great PC gaming cpu for 2022. Introduced in November 2021, it leads the company’s 12th Generation processors and provides updates and advancements to today’s and tomorrow’s PCs.

The Core i9 12900K gives us a solid idea of whether or not Intel has regained its former glory. At the very least, Alder Lake is a tremendous improvement, and when it is performing at its peak, it looks as much like a return to form for the chipmaker that has been at the forefront from the start.

Technically, the i9-12900K CPU we are looking at today has 16 cores, 24 threads, and a lot more than that. We will also discuss almost all the information we need to know about this processor, such as its pros and cons, price, etc.

The Intel Core i9 12900K is the most advanced and influential member of the 12th Generation Core processor family. It features the most processing cores and the fastest clock rates.

To reach its total core count of 16, the Core i9 12900K uses an 8+8 design consisting of eight P-Cores and eight E-Cores. Additionally, it has a maximum clock speed of 5.20 GHz, 24 threads, 30 MB of Smart Cache, and an integrated Intel UHD Graphics 770 processor.

If Hyper-Threading is activated on the P-Cores, the number of threads increases to 16, and when combined with the E-Cores, the total number of lines accessible is 24. Those eight P-Core processors also have impressively high clock speeds. The Core i9 12900K’s P-Cores can reach a maximum Turbo clock speed of 5.2GHz. But, depending on the load and with a base frequency of 3.2GHz, you will typically see clock speeds between those two extremes in practice.

In terms of memory, the Core i9 12900K, like all other 12th Generation CPU, supports DDR4 and DDR5 memory kits with a maximum capacity of 128 GB. Before making a purchase, you must check which memory kit your motherboard can use. For this reason, you should stick with your options under any conditions.

One of the primary advantages of Intel central processing units is that they provide integrated graphics. The Intel i9-12900K has the latest Intel UHD 770 Graphics, which is more than enough for most people but is still not ideal.

The Core i9 12900K lives up to the hype around Intel’s claims of improved Performance with its Alder Lake architecture. This chip once again delivered the best Performance in practically every game we tried.

Intel’s Performance in games like Far Cry 6 is especially noteworthy given that AMD CPUs are usually the preferred choice for such titles. These are the games where AMD CPU often shines the brightest. Indeed, the high competitor of Intel Core i9 12900K, the Ryzen 9 5950X, has made some progress, but the Core i9 12900K has been capable of preventing it from taking the lead for the period.

Single-core synthetic Performance is similarly affected. The Zen 3 performance of the Ryzen 9 5950X is much lower than that of the Core i9 12900K. The Core i9 12900K tends to outperform AMD’s CPU in most regards.

Every one of us wants to get our hands on the best product in the market. But is the Core i9 12900K really the best option for you? Here are some of its pros and cons to help you make a decision.

Here are some of the things that make the Core i9 12900K a worthy purchase:

Intel reclaims its gaming title with the 12th Generation at a lower cost than its opponent. The 12900K’s eight P-cores are significantly quicker than the previous Core i9 10900K’s.

For gaming, these P-cores are crucial. They feature the two most outstanding clock speeds, reaching up to 5.2GHz on the Core i9 12900K, and impressive single-threaded Performance. They are also designed to have as little latency as possible and are technically broader and more intelligent to keep up with the competition.

Core i9-12900K with DDR5 memory outperformed the 5950X by 7%, which is a significant increase. Assuming you intend to multitask, employing the modern, fast memory that the DDR5 provides makes sense. In all other cases, DDR4 is the better option.

PCIe 5.0 and DDR5 memory: Regarding desktop systems that support DDR5 and PCIe 5.0, the Intel Core i9-12900K is among the finest. Although fast PCIe 4.0 is already standard, this feature is reserved for the future and has more practical significance for solid-state drives (SSDs).

Z690’s actual PCI Express bandwidth can be doubled with the help of a DMI 4.0 x8 link, allowing for the simultaneous operation of two PCIe 4.0 SSDs at full speed. Intel has delivered cutting-edge innovations like DDR5 and PCIe 5.0 and has gotten ahead of AMD in recent years.

To beginners, the Z690 chipset has native support for PCIe 4.0, with up to 12 lanes available. Add it to the 16 PCIe 5.0 lanes coming straight from the CPU, and you should not have any trouble keeping up with the demands of your graphics card and several fast solid-state drives.

Since there is plenty of bandwidth, there is also the possibility of many USB ports (how many, exactly, will depend on the board you choose).

That is a massive compliment to Intel’s work on the Core i9 12900K’s single-core advancements. The fact that the Golden Cove P-Cores is overclocked to the stars is a bonus, but it seems that these processors’ design makes them shine under the intense pressure of gaming demands.

The Core i9 12900K manages to outmuscle the Ryzen 9 5950X, a straight 16-core chip, in Cinebench R23. In Time Spy’s CPU tests, it runs away with it. In all honesty, The blend of P-Cores and E-Cores to do this in such a way was not expected.

Despite having fewer cores than the AMD Ryzen 9 5900X, the Intel Core i9 12900K tends to be 23% quicker at multithreading in CPU-Z’s Multi-Thread benchmark.

Unlocked for Overclocking: The Intel Core i9-12900K also provides the most significant boost in overclocking Performance compared to prior generations of CPUs. It has PCIe 5.0 support and DDR5 RAM that can be overclocked to 5,200 MHz or higher. Intel has updated its “Dynamic Memory Boost Technology” with new XMP 3.0 memory-boosting profiles.

In those benchmarks, the Core i9-12900K achieves an impressively low overclock of around 8% across all cores. Overclocking E-cores and P-cores separately will undoubtedly lead to a rise in total cores.

No matter how good a product is, it always has some downsides too. Here are some of the cons of the Intel Core i9-12900K Processor:

High Power Consumption: Compared to other Alder Lake CPUs and the vast majority of desktop CPUs, the Core i9 12900K uses the most power for its Performance. At a Maximum Turbo Power (MTP) of 241W, this chip’s CPU is still reasonably hungry and draws a lot of energy, even with Intel’s seven production nodes and the Efficient Cores.

One way to make issues worse is to play around with the power settings of your CPU in an attempt to achieve a steady overclock. With the unlocked K-series CPU, such as the Core i9 12900K, and compatible Z690 motherboards, it is designed with overclocking in mind. It is not only possible but actively encouraged for this generation.

No Bundled Cooler: This new Core i9-12900K does not have built-in cooling. This central processing unit (CPU) is suitable for high-end gaming systems but requires an excellent cooling solution to operate at total efficiency. Due to its tremendous power, the processor’s Performance may suffer if it gets too hot.

The availability of a CPU cooler for the Intel Core i9-12900K means that its considerable processing power may now be used without the risk of damage from overheating.

Many people have complained online about the high cost of Intel’s top-of-the-line Intel Core i9-12900K cpu. In terms of efficiency, it sets a new bar for the price range in which it operates. 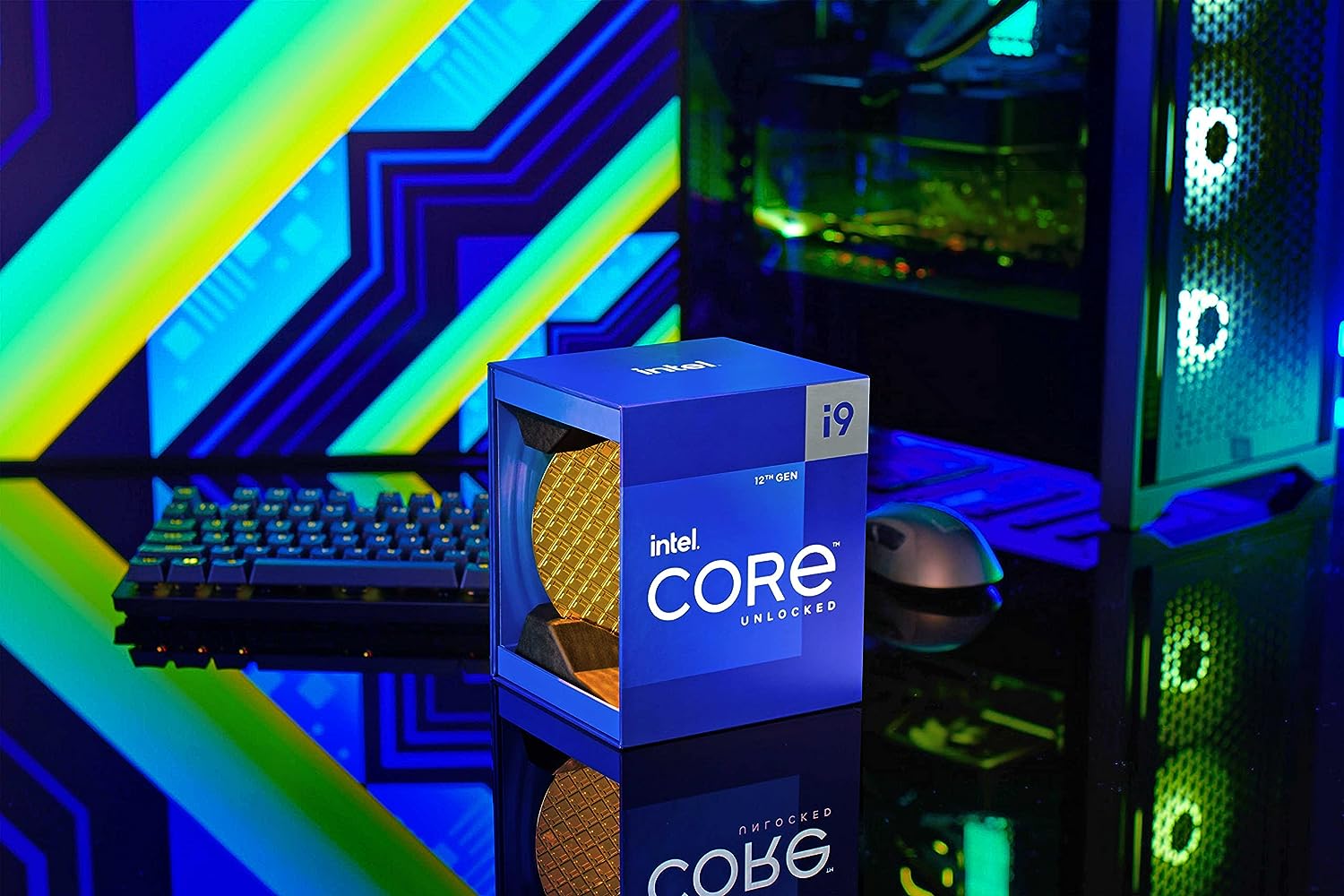 The Intel Core i9-12900K is the best CPU that money can buy, and it’s available for purchase on Amazon for under $500. When it comes to availability, this top-of-the-line processor is readily available in most online stores (Like Amazon, Bestbuy, Newegg, and BHphoto Video). Whether you’re looking to use it for gaming or office work, the Core i9-12900K can handle anything you throw its way.

This processor has an excellent 4.8 Amazon rating, which indicates that it’s continuing to rise in popularity.

Who is it for?

The Intel Core i9 12900K was once conceived as the most potent central processing unit (CPU). Everyone stands to benefit from this situation. However, who exactly is the target audience for this? Let us look into it a little bit more.

A few of them are presented below for your convenience. This CPU will almost certainly be the best choice if:

Still have some doubts regarding the Intel Core i9-12900K? Check out this FAQ section that might help you clear some of them.

The i9-12900K is not a regular, off-the-shelf processor that can be dropped into any computer without preparation. The chip operates at high speeds, which is why it consistently overheats under heavy loads.

If you want to squeeze every last drop of performance out of your Intel Core i9-12900K, you need to know the risks and benefits of overclocking it. However, keep in mind that overclocking the 12900K will not result in huge gains.

The Intel Core i9-12900K is a top-tier desktop CPU in 2022. From a single-threaded to a multi-threaded perspective, as well as in terms of clock speed and memory performance, this chip destroys its rivals from Intel.

However, it is essential to note that cheaper CPUs like the Core i5 12600K are preferable if gaming is your primary use. When it comes to computer gaming, even the Core i5 is more powerful than this Core i9 from the 11th generation. In addition, unlike most modern processors, it would have minimal impact on your graphics card when working with resolutions of 4K and higher.

If, however, you are in the market for a new CPU and want nothing but the best for your gaming needs, the Core i9 12900K has you covered. It is comforting to know that you will not fall behind the technological curve once PCIe 5.0 and DDR5 become more widely adopted.

Intel may be proud of the Core i9-12900K because it is an excellent debut for its new 7 Process desktop CPUs, despite certain limitations. But it looks like the race for desktop CPUs will extend well into the future.

You Can Also Read: